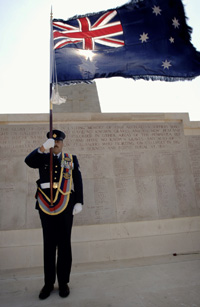 Discover the outskirts of the Marmara region – Ramble the ruins of the ancient city of Troy, scene of the legendary Trojan War and Wooden Horse. Follow the battles, politics history of the Gallipoli Battlefields, whose tunnels, trenches and memorials remain in tribute to those who died there in the First World War… 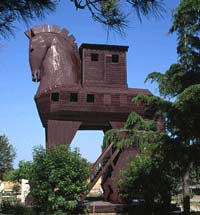 The ancient city of Troy can found a few hours outside of Istanbul, at a large archaeological site host to this 5000 years old city, scene of the legendary Trojan War as described in Homer’s Iliad, made famous by its wooden horse. The ruins are in layers from a succession of 9 civilizations, and include the Roman Bouletarion and Theater. There is a museum and reconstruction of the fabled Wooden Horse outside.

Not far from Troy along the Dardanelles peninsula is the Gallipoli National Park, where annual memorial services are held on ANZAC Day (April 25th) in memory of the many Australian, New Zealand, Turkish, British and Irish troops that lost their lives here during WWI. In the park are the Gallipoli Battlefields, Anzac Cove, original tunnels and trenches at Johnston Jolly, the Nek Cemetery, Chunuk Bair New Zealander Memorial, Lone Pine Australian Memorial and Brighton Beach.


Simply email us your dates of travel, number of adults/children and requirements to receive a suggested itinerary and price within 1 business day.

Winner of Certificate of Excellence 2012-2016 from TripAdvisor: